skip to main | skip to sidebar

When I was working in our teacher's store, February was Science Fair Time.  It seemed like hundrends of parents came in looking for ideas and help. They were not sure what they were supposed to be doing to help their kids with the projects.
For several years I was one of the judges for the Science Fair at a local elementary school.  (It is a good thing that is was an elementary school and the projects were relatively simple.  I would never have been able to understand some of the ones done by the older students.)
Here are some suggestions for parents and teachers.
The most important thing is to understand that it is the kid's project.  The concepts covered should be on the level of the child.  He should be able to understand the principles of the experiment.  While he may need some supervision, he should do the work himself.  Choose a project or question that is of interest to the child.
Electrical Circuits are interesting to kids and are easy to construct.
﻿

This information is from  Switched On  which is a part of the  CTP series called Inside Science. There are 24 books in the series based on national science standards.  The books capture the interest of children in grades 2-6.  The four main branches of science are covered in the series-physical science, life science, earth and space science, and technology.  Each book has information written at the child's level along with experiments that further understanding of the concept.  If you need an idea for a project this is a good place to start.
To produce an award-winning science fair project, you need to understand how the judges select a science fair winner. Here are some questions to consider.

Objectives
Is your project full of original and well-thought-out ideas?  Were you clear in describing the problem you are researching?

Data
Did you record data from the experiment in an organized way?  Pictures, graphs and charts help to explain data.

Interpretation
Did you collect enough data to reach a reliable conclusion?
Science is all about proof.

The Final Presentation
Be sure to use your display while the judges talk to you.  It isn't just a backdrop, it's a visual aid to the information that you've worked so hard to obtain.  Make sure that the board looks good!!!

The final judging is mostly subjective.  While the judges are looking for a few specific things, the way that you represent yourself and your project, and the way the display board looks can make the difference between leaving a poor impression and impressing the judges with your award winning science fair project.
﻿

Products seen here can be purchased online through Creative Teaching Press (CTP) or at your favorite teacher supply store. Tell them Tommie sent you! 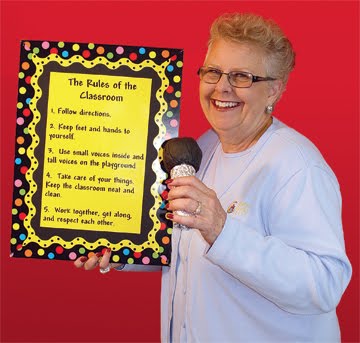